A day trip to Dudhsagar waterfalls with Jungle trek

'Wow look at that animation !!!' exclaimed my wife

Wife: 'That waterfall. Look at the animation. You can never have a waterfall like that in India and not know about it'

Me: 'But my darling it is not an art or fiction. Its Dudhsagar falls !!!'

Wife: 'Oh please !! Just because you add your name does not mean it is real and believable'

Wife (now a bit suspicious with the confidence in my voice) : Is this real !?!? Can we actually visit and stand like the scene in movie.

Me: 'Yes of course. With proper guidance and precaution I think we can !!' 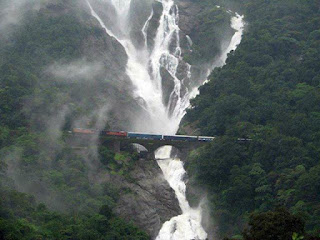 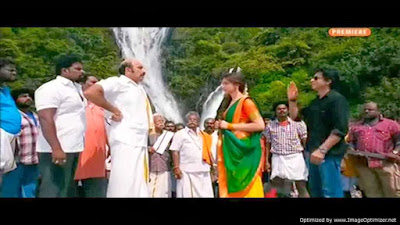 Dudhsagar literally means ocean of milk. Dudhsagar Waterfall Trek is one of Goa’s most attractive and ideal picnic spots mainly offering charismatic natural beauty and amazing scenery when in full flow after the monsoons.

The waterfall initially appears like streams of milk flowing down the mountain which later culminate into gushing cascades after they come in full view of the awestruck visitors. The falls can be reached via Kulem Railway Station.

The alternate way of reaching the falls is only advisable between October to May, when the level of the water in the rivers abates enough to permit approach the base of the falls. Dudhsagar Falls is listed as India’s fifth tallest waterfall and is 227th in the world at 310 m.

The famous photograph of Trains passing through before the waterfalls can be seen in this route and also the complete stretch of the falls is visible while hiking towards the waterfalls.

With that in mind, we started to make plans for this trek. As it was our first time exploring this place, we took services of an awesome group - Trek Mates India.

Our guide Mr. Manoj Kalwar (who later started his own  group - Travel Trikon) was extremely knowledgeable and fun person.

We caught the Goa Express from Pune station along with the rest of the group and commenced our journey.

The entire trip was enjoyable with people playing Dum Sharaz - The movie guessing game. The game was an ice breaker and we made good friends along the way.

We dozed off to sleep at approx. 10 PM after having packed dinner. At approx 2.30 AM we were woken up with our guides informing us that the Dudhsagar falls was nearby and we need to get down.

'Yes ... if you are Superman' said Manoj our trek leader. 'The rest of us will get down when the train halts for 1 minute'

The train takes a minute of technical stop just before Dudhsagar falls bridge and that is when everyone is expected to get down. It should be noted that getting down at Dudhsagar is technically illegal and one could be jailed and fined for this.

Just as planned the train slowed down for a technical stop.... everyone stood in line with backpacks for the quick get down. BUT HORROR STUCK THE CAMP !!! There were Railway Police patrolling the area for people getting down on that day. We all backtracked as the train again began to move along.

'This is it !?!? We are not going to be able to visit Dudhsagar' I thought.

Luckily, our guides were knowledgeable and had idea of rail signals as well. The train chugged along for another 4 Km and then came to hal for 30 seconds. Everyone hurried out of train in those valuable seconds.

After head count, it was decided to trek back the 4 kms towards the waterfalls along the rail track.

The overall thrill of walking in dark with trains coming from opposite side was an experience in itself. Glowing light from far would indicate approaching train. We would stand on side of the tracks and let the train pass knowing any wrong step would be a death blow to us.

Incoming train with people walking along the tracks 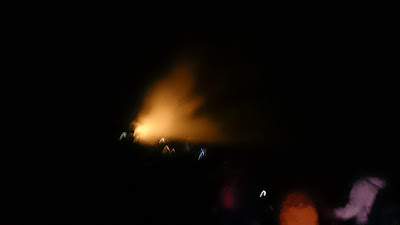 The walk to the waterfall was long and tiresome. The rocks along the track used to hurt once in a while but the thought of Dudhsagar kept pushing us.

Finally after an hour and half of walking, we got the first sight of the mighty falls at a distance.

Excited we kept walking towards it and pretty soon were witness to an awe inspiring view.

No words can describe the beauty of the falls 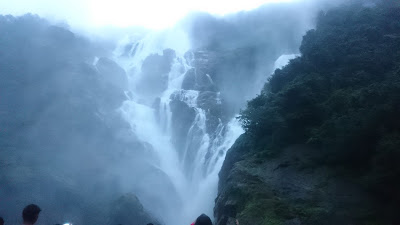 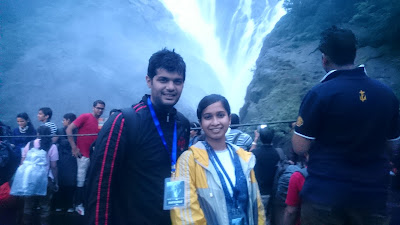 The bridge along the waterfalls 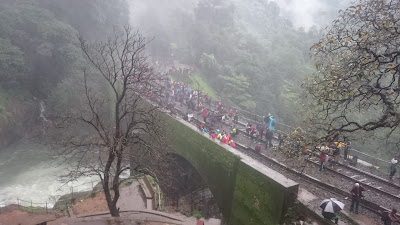 After an hour and half of admiring the falls we were told that there will be a 7 odd km Jungle trek towards the Kulem Station via Bhagwan Mahaweer Sanctuary.

Walking along the railway track 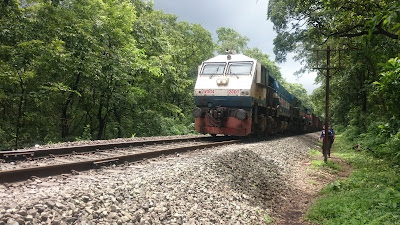 The trek was as exciting as the Dudhsagar  waterfall itself. We managed to walk along the rail tracks, were bitten by leeches, crossed rivers, slipped but made new memories along the way.

Finally we reached the Kulem station and after a short wait boarded on a return journey towards Pune.

Dudhsagar- the waterfall from Goa introduced to us through movies but which helped us make our own short story.